I've been a bad blogger this week! My mind has definitely been elsewhere.

I am in now in week two of a passport renewing drama and my time has been eaten away while on hold with the passport agency! To make a VERY long story short - I am leaving for a (much needed) cruise on Sunday and realized my passport expired a little too late to just mail it in... so 1 bazillion phone calls to the passport agency later - I finally got an appointment this morning. I still need to go back tomorrow and pick up the completed passport - but hopefully it will be OVER!!! You gotta love government workers though - really... I mean how else can they have fun except to play with people's nerves when they really need something.

Case in point... I need a passport... I need it now... I need it or I can't go on a trip... They have the power and know it... One *nice* lady told she made me an appointment and would email me the details and confirmation number later that day.

Later that day... no email... next day... no email. Phoned them again... New *nice* lady on the phone say, "Email?... we don't email appointments. Someone told you the wrong information." (A.K.A. - you were the butt of some government worker's joke!)

So - I finally got an appointment for today thinking I'd actually get the new passport in my hot little hands immediately... wrong.

I feel like curling up in the fetal position and crying for my mommy to make it all better. (Nah - I'd rather just complain to you all!)

Oh a position note - I did get to have Cosi this morning... Mmmmm Cranberry Orange square bagels with butter.... heaven! They are one of the things I miss about working in DC.

Anyway - sorry I turned my short story into a long one after all - sometimes you just need to vent!

In other news... last Friday - I was in Virginia for the annual PeopleSoft Mid-Atlantic Regional Users Group (MARUG for those in the 'biz) and also got a chance to meet a fellow blogger! Since I was in the area - I shot Jinann a line and asked her if she was free for a visit! It's always cool to actually get to meet online friends in person - isn't it?

We met at Capital yarns and I bought some yummy Mountain Colors sock yarn and I finally got the Favorite Socks book I've been lusting after. 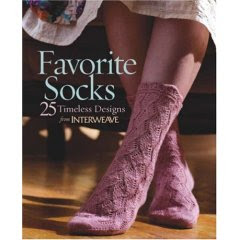 After that we ate some yummy BBQ at a local joint next door to the yarn shop... you could smell the BBQ in the shop too!

Here we are after our BBQ feast! It was cool to get a chance to meet up!

Before I met Jinann - I had some time to kill and was driving around - looking for something to do when I spotted a sign for Sully Plantation. A plantation!? I had to check it out...

It was the home of Richard Bland Lee, Northern Virginia's first congressman, and was built in 1794. I didn't take an official tour or anything - but I did walk around the grounds a little and took some pics: There were plenty of pretty yellow goodness around to suit the new Project Spectrum colors too :) Definitely worth a quick stop if you're ever in the Herndon area! We live in such a small world! I was happily reading your post and then came to Jinann's picture and said - "I know her!" She lent me money one day at Capital Yarns because I had trekked all the way down there to pick up one skein of Kidlin to finish a project and I FORGOT my wallet. She had only met me once before and wrote a check for my yarn and gave me her address to send her the money! She is SO nice. I didn't even know that she had a knitting blog! :)

Good luck with your passport and I hope to see posts soon about your fabulous cruise. :)

LOVE your plantation pics...keeping my fingers crossed for your passport.

I hope all is well in passport world! But more imporantly... did you lay down on the ground to get the picture of the daffodils at that angle? :)

Hope you get your passport! I love the Monkey socks - just stunning! The plantation pictures are great too.

OMG! I'd be freaking over the passport. You're right about government workers; they work on a different time line than the rest of the world.

Those pictures are gorgeous!!!