I just saw this article and had to share!

Take from this article:


"Thousands of Japanese have been swindled in a scam in which they were sold Australian and British sheep and told they were poodles.

Flocks of sheep were imported to Japan and then sold by a company called Poodles as Pets, marketed as fashionable accessories, available at $1,600 each.

That is a snip compared to a real poodle which retails for twice that much in Japan.

The scam was uncovered when Japanese moviestar Maiko Kawamaki went on a talk-show and wondered why her new pet would not bark or eat dog food.

She was crestfallen when told it was a sheep.

Then hundreds of other women got in touch with police to say they feared their new "poodle" was also a sheep.

One couple said they became suspicious when they took their "dog" to have its claws trimmed and were told it had hooves."


Anyone reading from Japan? Here's a hint...
Poodle= 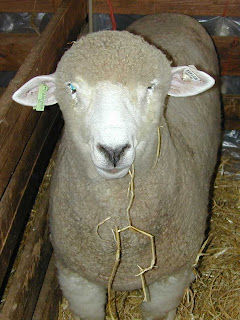 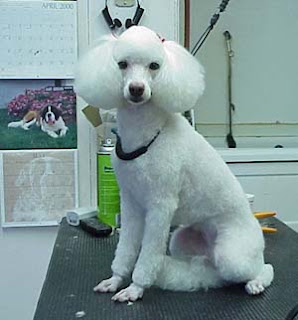 What type of animal do you get to help herd your poodles?

LOL! A friend sent me that same link earlier today.....I think it's a hoot! I can't believe people fell for that! (Although, a young lamb is pretty darn cute!)

That is one of the funniest things I've seen in a while! Thanks for the laugh!!

Thanks for the laugh!!!
Holly said thanks, she loved it too!

Perhaps I'm just too tired, but that made me laugh a ridiculous amount.

Oh gosh, thanks for the day brightener...that is the funniest thing I have heard in a long time!

Errrr Jody . . .sorry, but it's just an Urban Legend. I trust this site for all things weird.

Copy and paste in your browser window. I can't get the comments section here to let me link it direct. It was worth the laugh though!