I'm back from vacation! We were in Sedona AZ. My parents were using one of their timeshare weeks out in Sedona and we decided to join them for a long weekend. 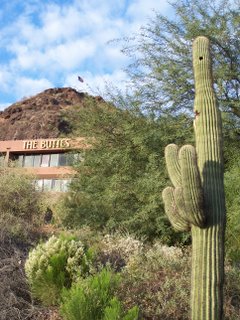 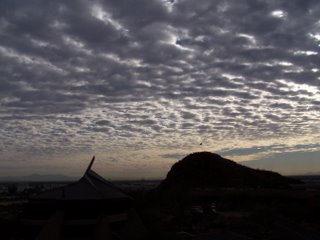 We stayed at the hotel for a traditional Thanksgiving dinner of turkey, and all the fixings. The next morning - we drove up to Sedona through some of the most beautiful country I've ever seen. We stopped along the way several tiems.

In Phoenix we visited the Desert Botanic Gardens. Everything was sharp! Literally! 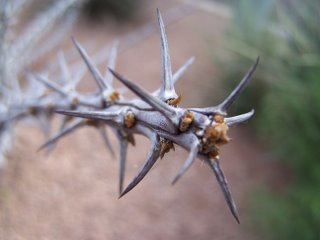 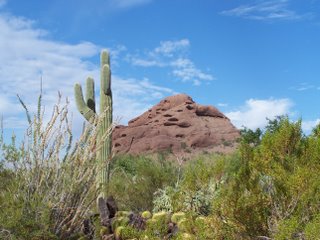 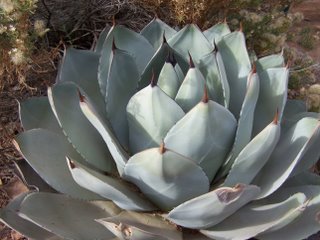 Then we stopped at Montezuma's Castle -
Built by the Sinagua Indians the Verde Valley - it was virtually impenetrable.

Next we stopped at Tuzigoot - another Sinaguan ruin.

After a beautiful sunset - we finally made it to Sedona.

The red rocks are beautiful out there.

Many of the rocks have been given names based on how they look - like the Coffeepot rock,

Here's the Madonna and Child....

We also took a drive up to the Grand Canyon. Wow... is the only thing I can say...

There is an impressive artist population in Sedona. Everywhere you go - there are amazing sculptures and paintings and art of all kinds.

They say that Sedona is full of magical healing places or vortexes - well I can't say I experienced anything personally - but it was a beautiful place indeed.

Were the artists communities like the ones in NM where you wondered (or at least I did) where do they buy their milk or bread or gas?

The pictures are gorgeous. I really tend to forgot how beautiful the desert can be.

Your pictures are awesome. I love the last one especially.

AWESOME!! Missed you at the Sit & Knit tonight!

Thanks for sharing your pictures! I went to Sedona three years ago and loved it. It's just amazing!

Fantastic pictures, thanks for sharing them. I love the cacti and succulents.

What fabulous views! Take me with you next time!!!!

Wow! I love the Southwest and your pix are great! Wish I could spend some time out there. A timeshare is a great idea.

I am oh-so-jealous of all of your southwest trips... what beautiful photographs! Thanks for sharing them :)